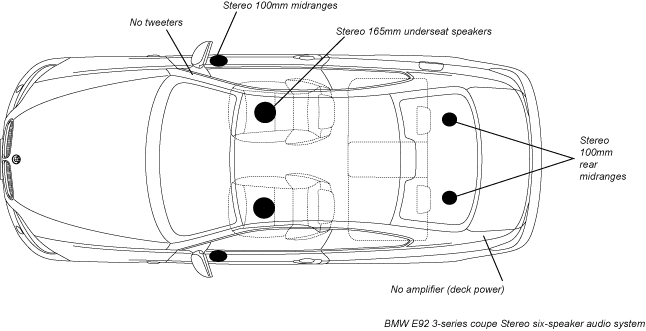 The HiFi system was standard in US-spec cars until MY 2010 (when it was replaced in some cars with base Stereo) and again starting in mid-2011. There are tweeters and an amp, but no graphic equalizer settings in the head unit’s user menu. The amplifier has analog inputs. Pre-2010 HiFi amps are large black modules. 2010 and later HiFi amps in E9x vehicles can be small metallic-colored modules. 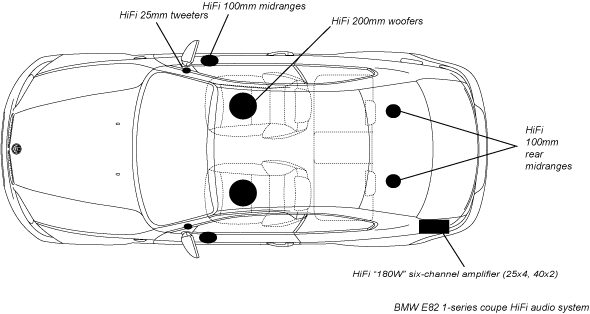 The Premium Sound system differs by vehicle and by model year. For example, a 2009 335 sedan will have a “Logic 7”-branded system, where a 2008 M3 will have either the Individual or the Enhanced Premium.

Premium Sound systems in these vehicles always have a graphic equalizer setting in the head unit’s menu, as well as a “Logic 7” or “Surround” on/off option. The E90/1/2/3, the E60/61, and the E70 will have center-channel dash speakers and two sets of rear speakers (the E8x vehicles will not). 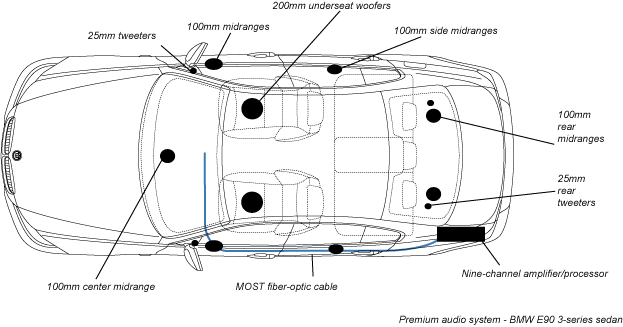